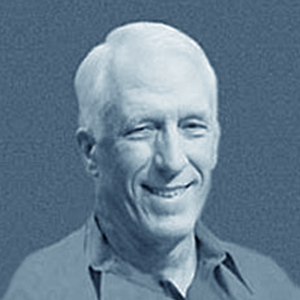 Stanford Wong is the nom de plume, or pen name, of John Ferguson, a gambling author who wrote his first book, ‘Professional Blackjack’, first published in 1975, while studying for a Doctorate of Philosophy in Finance at Stanford University. Ferguson had been introduced to playing blackjack after reading ‘Beat The Dealer’ by Edward Thorp, first published in 1962; as an accomplished card counter, he required a pseudonym to prevent his true identity from being revealed to casino authorities.

Ferguson is credited with popularising a technique known as ‘back counting’, or ‘wonging’, as he called it. Standard ‘High-Low’ card counting involves starting at zero after each shuffle and adding or subtracting, according to the assigned point value of each card, until such a time that the count becomes positive. A positive count indicates that undealt cards in a blackjack shoe are rich in tens, court cards and aces, which are beneficial to the player, affording those ‘in the know’ to capitalise by increasing their bet size. Rather than playing hands during which the count is negative, back counting involves counting cards, from the sidelines, until the count is positive; at that point, a player can or, at least, could join the game and place large bets with confidence.

Nowadays, some casinos have a ‘no mid-shoe entry’ policy at some, or all, of their highest-limit blackjack tables, which prevents players from entering the game until the next shuffle. The purpose of the policy is not only to prevent interruptions to the smooth flow of the game, but to render back counting impossible.

Dominic ‘The Dominator’ LoRiggio is an enigma; little of his backstory is known, although, by his own admission, in the late Eighties and early Nineties he was an advantage blackjack player. LoRiggio turned his attentition to craps after reading several books on the subject by American author Frank Scoblete and, in the late Nineties, spent six months perfecting a ‘controlled’ throw of the dice.

LoRiggio once said, ‘Craps is a simple physics problem; it’s a moving projectile in the air.’ He claims that by standing at the correct distance from the back wall, gripping the dice in a certain way and throwing them softly onto the layout, it is possible to turn craps into a game of skill, rather than a game of pure chance. Without so-called ‘dice control’, or ‘rhythmic rolling’, as it is known to exponents of the technique, the probability of rolling seven with two dice is 16.67%; with it, the probability of rolling a seven with two dice is 16.05%, if LoRiggio is to be believed.

Once described by Scoblete as ‘the most devastating dice shooter in the world today’, LoRiggio claims to have toured the United States in the early Noughties, winning so much money playing craps that he was banned from most casinos in Las Vegas and elsewhere. At that point, he turned to teaching his technique to other players; LoRiggio has written several books, including ‘Cutting Edge Craps: Advanced Strategies for Serious Players!’, published in 2010 and, along with a team of instructors, conducts ‘Golden Touch™’ dice control seminars at various locations across the United States.