You are browsing the site archives by month.
14Dec 2020 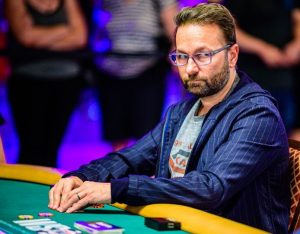 Born in Toronto, Canada, to Romanian emigree parents, in 1974, Daniel Negreanu had the distinction of winning the first World Series of Poker (WSOP) event he ever entered. Indeed, victory in the $2,000 Hold’em Pot Limit event in Las Vegas in 1998, at the age of 23, made him, at the time, the youngest player ever to win a WSOP bracelet. His nickname ‘Kid Poker’ naturally followed although, nearly twenty years later, his allegedly ‘fraudulent’ moniker was the subject of a civil suit filed by Las Vega attorney Michael Levine in 2017.

In 2007, Negreanu became a member of Team PokerStars and continued to be sponsored by PokerStars, the largest real money online poker site in the world, until what was described as ab ‘amicable split’ in 2019. Renowned for plain speaking and frequenting the most trusted online casinos for usa players, Negreanu attracted criticism from some quarters for his attitude, and that espoused by PokerStars, towards certain aspects of poker, during the latter years of his sponsorship. Nevertheless, he remains one of the most, if not the most, popular poker player in the world.

All told, Negreanu has won six WSOP bracelets and six World Poker Tour (WPT) titles, making him one of the most successful players in the history of poker. According to the Hendon Mob Poker Database, he has massed just over $42 million in live earnings, placing him third in the all-time money list. Negreanu enjoyed his biggest payday ever when collecting $8.29 for winning the WSOP $1,000,000 No Limit Hold’em – The Big One for One Drop event in Las Vegas in 2014; that same year he was inducted into the Poker Hall of Fame.